The Folly of Solomon 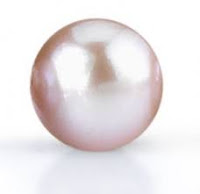 1 Kings 3:4,7-12 is read this Sunday as a prelude to the story of the merchant who finds a great treasure in a field and the merchant in search of fine pearls (Matthew 13:44-52).  The biblical passages cited or quoted here are all from 1 Kings 3-10.

Young though he is, he knows what the pearl is, and he knows where to get it. He doesn't have to sell anything. He doesn't even have to dig. All he has to do is ask his father David's God, the One who has set him on the throne in his turn. God told Solomon to ask for something and promised to give him what he asked. Apparently, this generous Providence was expecting the usual wish list from a young man seated on the throne of his father's achievements and already into making important political alliances: long life, victory over enemies, wealth. But Solomon surprised even God, who had seen everything and knew a thing or two about human foibles, when he made his request: "Give your servant… a listening heart to judge your people and to distinguish between good and evil. For who is able to give judgment for this vast people of yours?" (1 Kgs 3:9)

Solomon was clearly already wise. He knew his own limitations, he saw what his people needed most, and he made their good the one thing he asked for. God was pleased and gave him the whole package, both what he had asked for and what he hadn't: "I now do as you request. I give you a heart so wise and discerning that there has never been anyone like you until now, nor after you will there be anyone to equal you… In addition, I give you what you have not asked for: I give you such riches and glory that among kings there will be no one like you all your days." (1 Kings 3:12-13).  God added the promise of a long life but included an important rider:  “if you walk in my ways, keeping my statutes and commandments, as David your father did” (1 Kings 3:14). But Solomon had already stopped listening. He had all those gifts to think about.

However, his first act after receiving the gift of discernment he had requested was to demonstrate his new found wisdom in the famous episode of the two mothers who came to him to resolve a tricky situation.  They had both given birth at the same time, but one of the children had died while the other lived.  Now they were both claiming to have mothered the living child. In fact, they got into a hot argument over it right there in front of the king.  He put a stop to it by calling for a sword.  When it came, he told one of the servants to cut the baby in two and give each woman half.  One of the women said, “Ok, the child won’t be hers or mine.  Go ahead and cut it in two!”  (Good grief!  What had she been drinking?) But the other one pleaded, “No, please don’t do that.  Give her the baby.”  Solomon immediately said, “Let the baby live.  Give it to her.  She’s the mother.”  The whole kingdom was in awe, recognizing that God had given him the wisdom to judge aright. And his fame spread.  People came from all over to ask for his judgement.  Even the Queen of Sheba “came from the ends of the earth to hear the wisdom of Solomon” (Matt 12:42; 1 Kings 10:1-10).

It didn’t hurt his reputation that after he had solidified his vast kingdom according to God’s promise, he set about carrying out his father David’s dream of building a great temple to house God’s presence in Jerusalem.  David had in fact stockpiled all sorts of valuable materials for the project, which God did not permit him to complete.  Solomon, as bidden, did.  The resulting “Temple of Solomon,” seven years in the building, was magnificent.  When it was done, God’s glory filled it as it had filled the old portable Tent of Meeting that had led Israel through the desert long before.  And God appeared once more to Solomon, as he had years before, saying, “I have heard the prayer of petition which you offered in my presence. I have consecrated this house which you have built and I set my name there forever; my eyes and my heart shall be there always”  But once again, God added the proviso:  “As for you, if you walk before me as David your father did, wholeheartedly and uprightly, doing all that I have commanded you, keeping my statutes and ordinances,  I will establish your royal throne over Israel forever, as I promised David your father” .  And once again Solomon seems not to have listened.

Sadly, the only person in the world known not to have consulted the wisdom of Solomon was Solomon. Instead of heeding God’s proviso, made with increasing urgency, the great king, master of all he surveyed, solidified his sovereignty among the other peoples by making political marriages on all sides, and taking well-placed concubines as well, although God’s statues and ordinances and pleas to Israel had forbidden marriage those who worshipped other gods.   God knew what would happen if they did.  And, in Solomon’s case, it happened. The author of First Kings claims that he “held them close in love,” all seven hundred wives and three hundred concubines (1 Kings 11:2-3).  In fact, he loved them so much that he built places of worship for all their pagan gods.  The older he got, the more he honored them, and the more he turned away from his own God who had so richly blessed them.  Solomon clearly forgot the proviso, but God did not.  He expressed his displeasure to this king of wandering allegiance, telling him that the kingdom would be broken in two and most of it taken from his house—but, for the sake of God’s beloved David, the consequences of Solomon’s infidelity would be visited not on him, but on his son.  And it was.

Solomon held the pearl in his hand.  It had been given to him without cost and without effort on his part.  But he threw it away.  It wasn’t his great wealth or political power or status as Temple builder.  It wasn’t even his extraordinary ability to make good judgements, at least for people other than himself.  True wisdom is a deep communion with the God from whom all wisdom comes.  That’s what Solomon threw away so lightly.

Most of us will never be as wise as Solomon, but we can certainly be as foolish.  The antidote? Do what Solomon did not:  “If today you hear God’s voice, harden not your hearts!”[1] 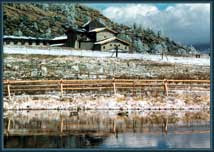